Back to the Brecon Beacons

We last visited the Brecon Beacons two years ago. The most recent Trail magazine carries a 10.5 mile route in a different part of the National Park which seemed perfect for a promised sunny Easter Sunday.

The Beacon Way and Trail's route take you out from Glyntawe along the main road, which seems a little strange because there's a right of way marked quite clearly on the map just parallel to it which runs along this beautiful stretch of river. Something's not right here, though, because the landowner went out of his way to point out to us that, contrary to the map, there's no right of way through his land. He has marked out a permissive path, which allowed us to get around his yard and back onto our path, but the map and the farmer certainly disagree here. 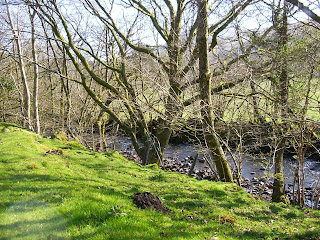 I enjoyed the day. The 10.5 miles wasn't a problem, but the amount of climbing proved tough. Lots of walking in Derbyshire is no preparation for walking up hills in Wales.

This walk has some steep ascents almost straight away. The reward is views like this. Strangely, the Beacon Way goes parallel but follows the bottom of this edge, which I imagine makes a less strenuous but much less spectacular walk. It's no wonder that Trail's route takes you up onto the top. 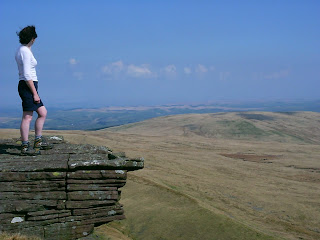 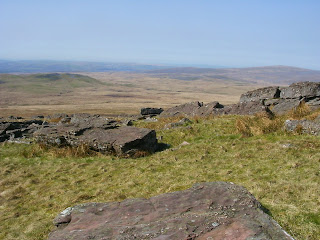 The trig point here marks the highest point of the walk, (although theres a bit of downhill and some more steep climbing to come.) 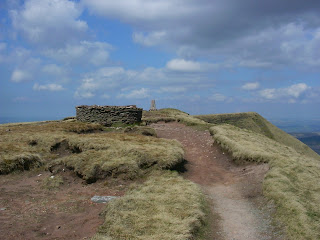 Just beyond is the cairn at Fan Foel, with some great views all around. This shot looks back at the edge we've just walked along. 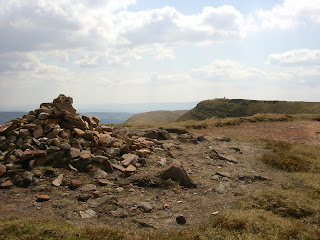 A little further is Picws Du, a high point with a great view of Llyn y Fan Fach, allegedly the lake featured in the legend of the Lady of the Lake: 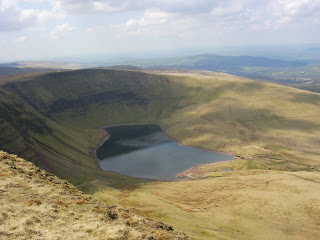 The magazine promised some difficult navigation at this point. It suggests turning south and crossing boggy land with unmarked paths. (You can roam within the boundary of the National Park.) It wasn't anything like as difficult as suggested, and we were soon back on a fairly clearly-marked bridleway. The terrain here is very unusual. It's full of what look like small standing stones. Strata or fissures seem to run vertically, so as stones are exposed, they point to the sky. 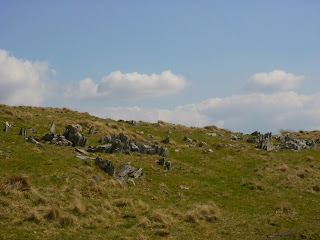 The other unusual features here are shake holes. The ground is peppered with these little craters which are formed by water draining away into the ground and eroding the rock and soil - like a giant plug-hole in the ground. 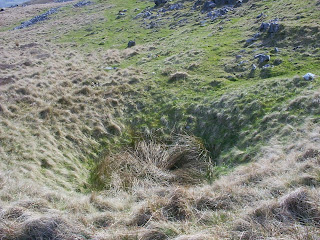 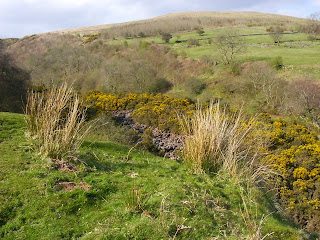 This is becoming a regular jaunt, Shellbrook to Moira, Donisthorpe, not quite to Measham, Oakthorpe and back to Shellbrook. Map is at the bottom of this post. This time I made it a bit shorter by parking at Shellbrook rather than starting from Ashby.

These daffs are really beautiful: 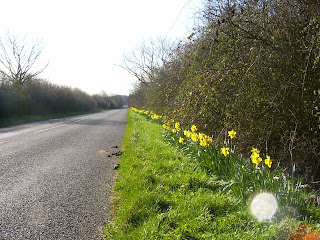 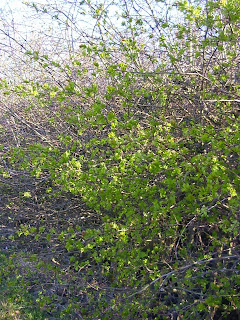 While its relative, blackthorn, is starting to flower. 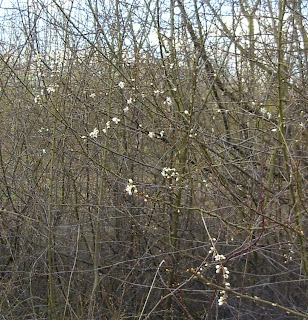