This is Felbrigg Hall, a real mix of architectural styles: 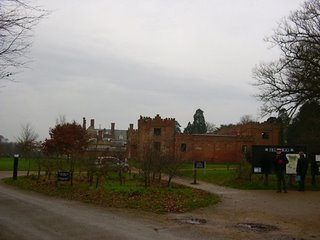 These lovely people are my Mum and Dad (and their pooches). Dad is trying to pretend that he didn't want to walk quite so far, but he doesn't know that we know that's just a lovably grumpy persona he puts on sometimes for a laugh. 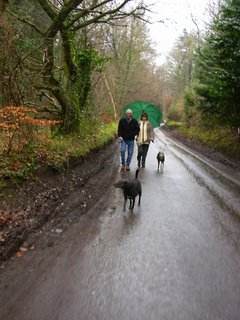 The Lion's Mouth is a lane which goes through the Great Wood which has some wonderful trees such as this one: 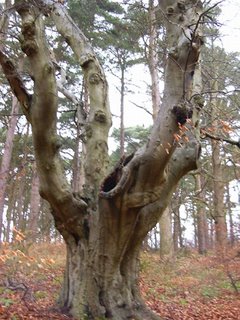 After crossing the A148 (Cromer - Holt road), we pick up a well-marked path which I took (from the map) to be the Weavers Way, but is in fact the Norfolk Coastal Path. If you ever catch me saying that my adopted home (Derbyshire) is more beautiful than my original home (Norfolk), this picture is only one example which makes a lie of that. And it's NOT FLAT!! That's a misconception which arises from a misguided line in some Noel Coward play. 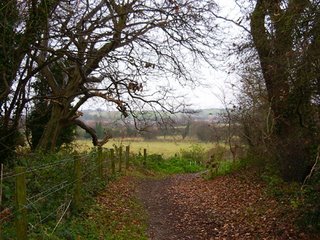 Just before an obvious railway bridge, turn right and follow the road back, past the beautiul cemetary church, back to the A148. If you've driven along this road, you will have seen this yard full of wonderful memorabilia for sale. When Meander eventually makes my fortune, I'll be back for one of these old red telephone boxes (No America, you don't see many in use now). 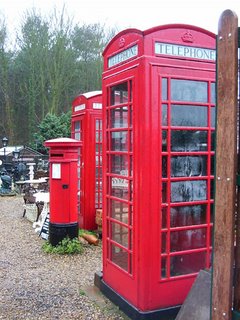 Along the 148 a little way, and then there's a right of way back through the Great Woods. It takes you past this Ice House. The idea was that you collected ice from the frozen lake in the winter, and put it in this underground house, where it would remain frozen until you wanted some for your G & T in July. Apparently. 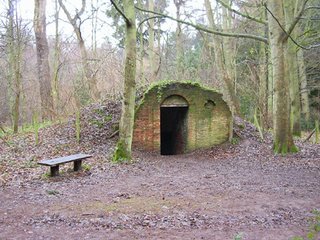 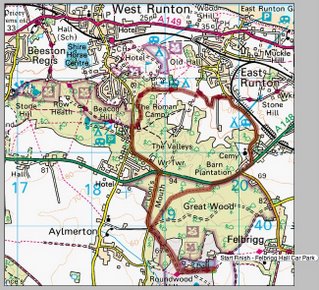