This walk starts at Diseworth and crosses a few fields before hitting Long Whatton. This is the intriguing church there. Usually, a church has a central original aisle, often with an aisle each side added later. Note that the tower here is not part of the central aisle, but the one that's to our right. I'm very curious about this asymmetry - was the tower added later and for some reason couldn't be added to the central part, or is the right-hand part with the tower the original part, and the two parts to the left added later? 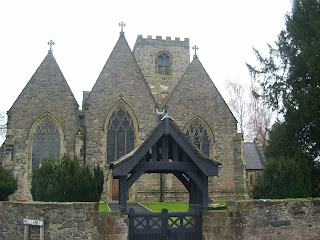 After quite a bit of road walking, we arrive at the River Soar. The route of the river and our walk get a little bit convoluted here. The river flows behind us and in front of us, but we carry on walking along the road for a little bit, cross a field and join the Zouch Cut (a canal) before starting to walk along the river. The point where the cut joins the river is in the middle distance of this picture. 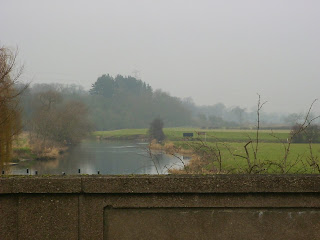 This is the cut. Notice the broken ice on the water. I had high hopes for the weather today but unfortunately this greyness was with us all day. 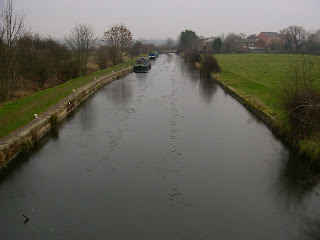 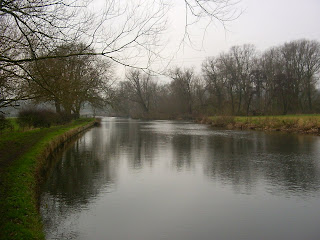 Anyone who knows me will know why I squealed with delight when I saw this boat: 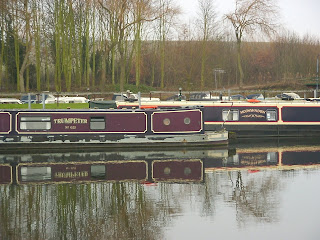 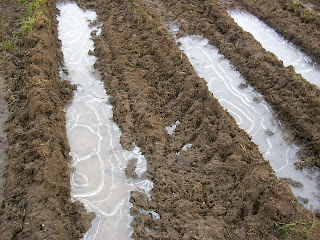 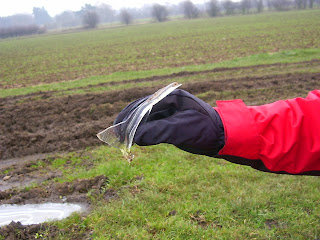 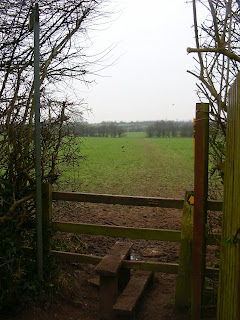 We had thought of carrying on along the river, but we knew we wouldn't have the daylight and weren't prepared for a night walk. Therefore, we worked out a route which would get us back before dark, leaving the river here and going through Kegworth. 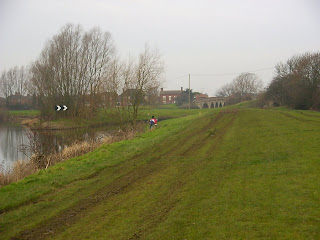 We approach the East Midlands Airport. We're right under the flight path here, and looking back at Kegworth. 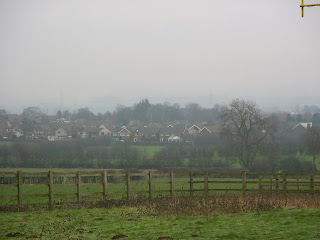 Just before the airport, we arrived at the M1 motorway. On the bridge we used to cross the motorway we found this plaque and floral tribute. If you enlarge the picture you may be able to read the wording. It's for the people that died 20 years ago when a plane fell short of the airport and crashed on the motorway. 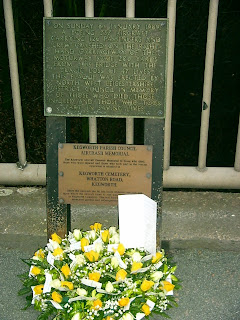 This is the motorway today. With airplanes coming in to land overhead, it was chillingly easy to imagine the crash scene. 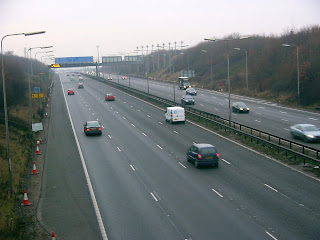 There's no avoiding walking along the motorway for a little bit. This path actually goes parallel with and between the M1 and A453 - this path looks pleasant, but the noise isn't very relaxing! It's just a short stretch, before we cross the A453 and head towards the airport. It was already quite dark and so no more photos. 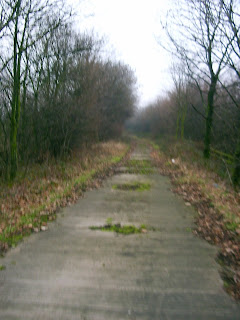 This walk goes quite close to Castle Donington. Today we avoided the town itself, and headed for the Airport perimeter. Although that's not a public right of way, the Airport authority have marked out the perimeter (and beyond) as a walking path. (For legal reasons, they have to close it for one day per year - I can't remember exactly, but I think it's late November.) There are leaflets describing the Airport Walk. For us today, it was a very convenient way to join us up with public rights of way south of the airport which will take us back to diseworth. 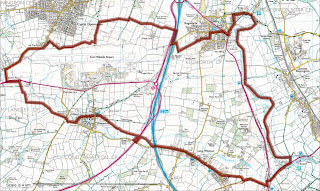 Weaver's Way is a 60-mile Norfolk walk partly based on an old railway line. the full route meanders south-west from Cromer taking in Aylsham, North Walsham, Stalham and goes on to Yarmouth via the Broads. The name reflects the historic importance of the weaving industry to the area.

While visiting Norfolk, I made time to walk a part of the way; North Walsham through Stalham and on to Hickling. The sunshine and frost made the views beautiful and there were still plenty of rosehips to give some colour. 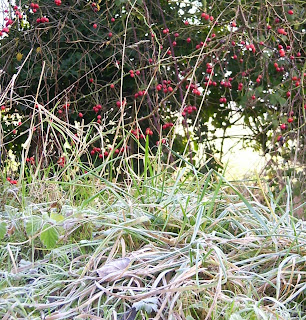 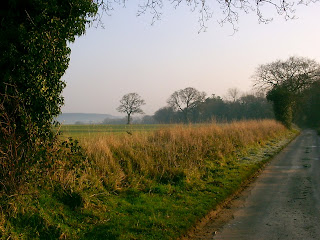 The Way is marked very well with finger-posts and discs (The green disc has a tiny map of the route marked on it!) However, as always, it would be a mistake to rely on these markers because it only takes one missing post (or for you to fail to spot one) for you to be lost. With the OS Explorer map in your hand (or print some off using the OS get-a-map service) you'll stay on track.

Meeting Hill is very pretty, and despite growing up in this area, I think this is the first time I've walked through. I think the name comes from the fact that non-conformists had to have their religious meetings outside the parish and this was the location of their meeting house. 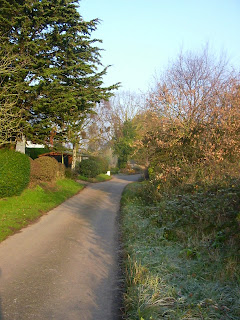 After walking out of north Walksham town, there are a couple of fields to cross before picking up the old railway at Bengate. 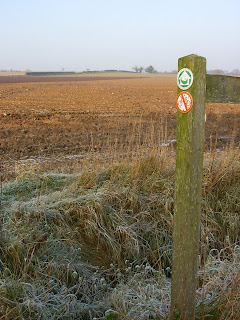 The flat and straight nature of this section gives you the clear impression that it's an old railway, but just in case it isn't obvious, there are platforms and bridges. 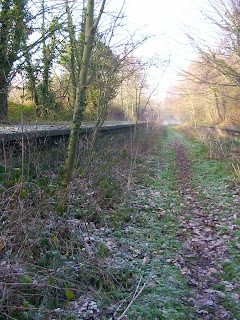 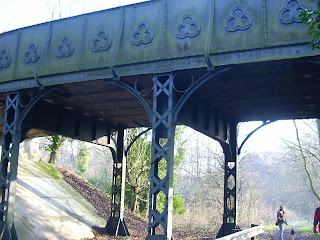 One highlight was walking past Sutton Mill. This old windmill made us all wish that we had the cash to buy and restore it! There's a museum in the buildings at its base, but sadly it seems to have closed. 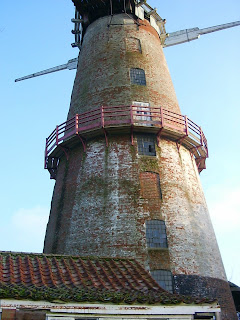