Route: Blackfordby figure-of-8
Walked: 30 November 2008
Distance: 8m
Summary: Starting at the Heart of The National Forest, Ashby de la Zouch, walk to Blackfordby, continue out to Woodville, then back in a loop to Blackfordby and a different Route back to Ashy (Possibly starting and finishing at The Beeches pub, well worth a swift visit).

I've broken a bit of a lull in my walking and made the most of the glimmer of sunshine which made it through the dull sky.

We're just three weeks away from the winter solstice, which here in the northern hemisphere means the days are almost as short as they're going to get. This, combined with me being short of spare time and letting my fitness lapse a bit, means that a shortish walk starting and finishing at my house was the order of the day.

I've written about my Blackfordby figure-of-8 walk before. It's one of my most regular South Derbyshire walks. The distinctive broach spire of Blackfordby church is in view most of the time. Today the church was looking a bit green and mossy. 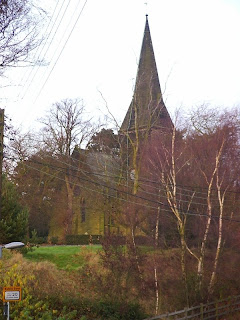 In another life I'm bracing myself for Christmas Caroling season. It's not quite the bleak mid-winter yet, but 'The Holly and the Ivy' did seem very appropriate today. On the whole the trees and hedgerows looked pretty lifeless, but a few things were still keeping vigil, or in one or two cases, just coming into their own. Ivy looks pretty healthy and its berries are just starting to appear: 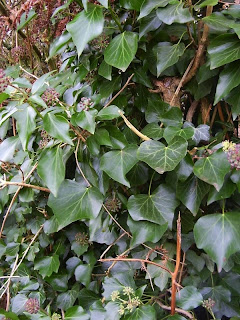 There's quite a contrast here between the brown and brittle bracken (to the left of the path) and the thriving holly on the right: 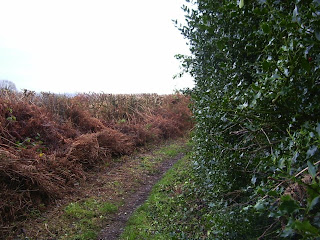 Surprisingly there are still plenty of red berries, including rosehips. These ones are among brambles (the blackberry bush) which are still green, but looking very tired and yellowing: 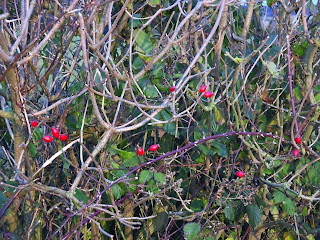 This bush was heaving with red rosehips, and looking really interesting, I thought, in silhouette against an attractive winter sky. 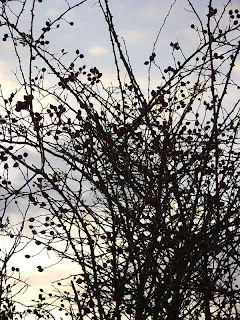 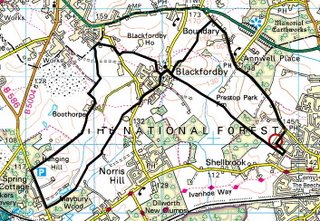