This is probably the first time ever that I've set off without a route planned.
The concept was simple, to walk towards these radio masts until I reached them and found out where they are. 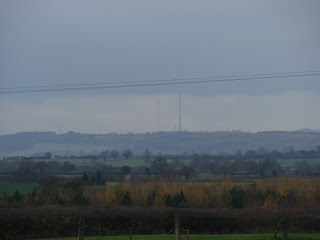 They're just about visible from my house (but only on a clear day or at night when they're lit up). My man says, "That'll be Tamworth or Lichfield". "There's no way they're that far away" I said, and to prove it I set off with the intention of reaching them in a couple of hours. This (above) is as close as I got in the time I had but I believe he's right with Lichfield and more importantly it was a fabulous walk with some wonderful views. 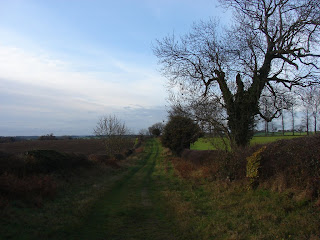 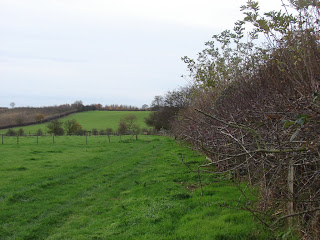 One to do another day with a few more sarnies and more time. One thing I was very pleased about - the compass bearing from my house is 240 degrees (south-west-ish) and by following public footpaths and roads in that direction (without being able to see them very often) I was able to stay very close to that course - after 6 miles the compass bearing was still exactly 240 degrees.
Posted by peahen at 12:47 PM 1 comment: