If there was any graffiti on Hadrian's Wall, which bounded the far corner of the Roman Empire, then it's long gone. As is the vast majority of the wall itself.

I have to take my hat off to the tourism people responsible for marketing the area, for getting so much value from something long gone. It's not fair to say that it's not there any more, because there are visible signs, but you have to look for them. On arrival at Greenhead near Gilsland (near Carlisle) I saw big letters on the side of a bus saying 'Hadrian's Wall Country'. It does all lead you to believe that there's a wall there to see and walk along.

To be fair, it's a well marked route, with plenty of information boards and bits and pieces to see and some glorious English countryside. I had just been expecting to see a wall - that's all!

Our starting point was close to Thirlwall Castle. Built long after the romans had gone, out of stones robbed from the wall itself, it's a fascinating piece of history. It marks a time of conflict, not between the Romans and those just beyond their empire, but between the Scots and English. 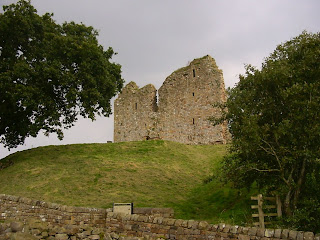 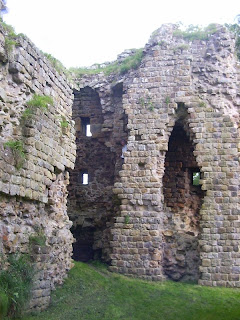 This route took us north-east; away from the route of the wall, but through some gorgeous scenery. The weather had looked dodgy (at best) when we set off, but as you can see it was superb for most of this walk. 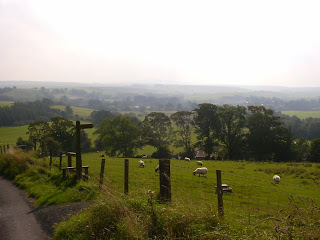 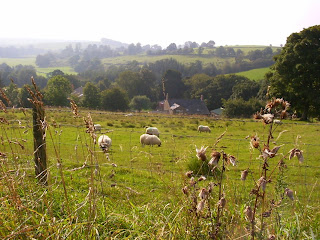 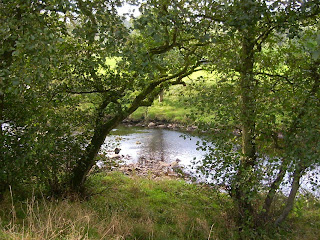 Having turned south to join the river, footpaths took us back to Gilsland and the route of the wall. Our first sign of the wall was Poltcross Burn Milecastle, accommodation for about 60 soldiers or possibly prisoners. There's not much left, but the information boards show how (we think) it looked. The wall extended east and west from here. 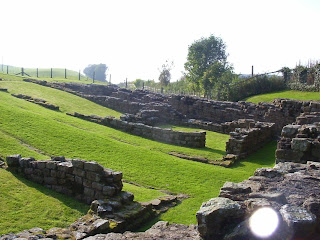 This awesome arch, straight out of Lara Croft, is much later. The railway line runs over it. 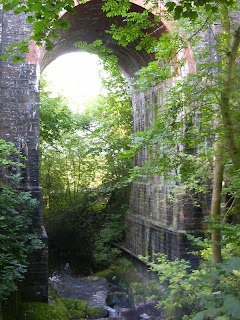 This is what's left of the wall itself in this area. A bit of a mound and a bit of a ditch. Interestingly, you're asked not to walk in single file or worn bits of ground as an erosion measure. It's easy to see why a ditch and a mound like this is a good defence measure and puts those beyond it at something of a disadvantage. Even without the wall, it would be quite difficult to scramble over this lot with your sword in your hand and an enemy throwing things at you.